After the upset caused by CSGO’s winter update, you’d have thought Valve might be taking a more cautious approach to patching. Nonsense. The latest update is a big one, demanding two micro-sites of its own and incorporating tweaks, Operation Wildfire and an upgrade for de_nuke.

Operation Wildfire event is expected to last until June 17. These operations always get extended so were assuming this one will too. The operation gives everyone access to seven new community maps, including Tulip, Cruise, Coast and Empire, in addition to the spruced-up Nuke. However, if you’re willing to pay the $6 entry fee, the Operation Wildfire Access Pass comes will a host of new features.

Two new campaigns are available: the Wildfire Campaign, made up of Casual, Deathmatch and Arms Race missions, and the co-op Gemini Campaign which packs three all-new Co-op Strike missions and 23 Guardian missions. Both campaigns reward mission XP with each success, and by completing Challenge Missions you can upgrade your flashy Wildfire Coin, shown off alongside your avatar.

Blitz Missions are like time-limited achievements open to players worldwide. For a couple of hours, you’ll earn bonus XP for completing goals like scoring wins in competitive Empire matches.

The usual array of pretty stuff is thrown in too: the Wildfire Case contains 16 community weapon skins and a Bowie knife. 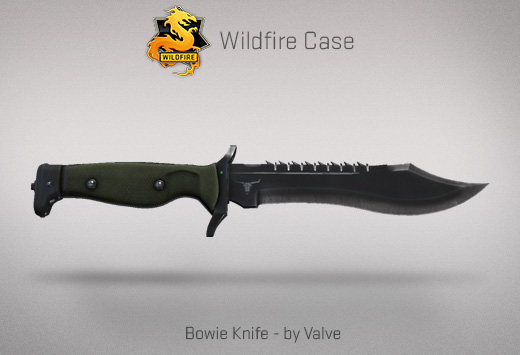 de_nuke, which has existed in a series of incarnations since 1999, has received an extensive face-lift, proving that Source can still get the job done when it has to. To convey the magnitude of the changes, Valve has a series of before-and-after sliders on the dedicated Nuke site, along with a breakdown to supplement our exhaustive analysis appearing later today.

Finally, polish has been applied where needed. The leader’s glow in Arms Race no longer shows through walls, which is a little more sporting, detail sprites like grass has been improved so Valve can pack more on the screen, and Cache and Mirage have received special attention. The full patch notes are here for you to contemplate, but as a good early indication, not many of the Steam comments are openly furious. There’s a first time for everything.

Video of the Week